2023 Minimum Wage: An Employer’s Guide to Fair Payment of Employees 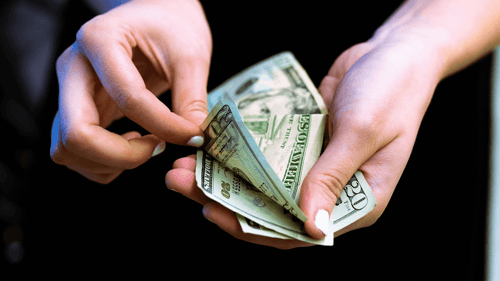 Did you know that in addition to the federal minimum wage, all but 5 states have their own laws that govern what you need to pay workers? With different requirements for tipped employees and legislated increases for 2023, there’s a lot to worry about when it comes to minimum wage. If you want to make sure you’re abiding by current regulations to avoid penalties, let’s dive in to find out how to keep you in compliance.

In this article, we’ll cover what minimum wage is, who must pay it, the 2023 minimum wage in each state, and the penalties if you don’t pay your workers what’s required. After reading this article, you’ll know the steps to take to ensure you’re paying your employees correctly.

What is minimum wage?

Minimum wage is the base level of pay employers are required to pay certain covered employees. Currently, the federal minimum wage for those businesses covered by the Fair Labor Standards Act is $7.25 an hour. Although this is an hourly wage, you don’t have to pay workers by the hour. You can also pay a salary or commission, but the total paid divided by hours worked must be equal to or greater than minimum wage.

In addition to the federal minimum wage, most states also have their own minimum wage that can be the same or more than the federal requirement. If you are subject to both the federal and a state minimum wage law, you’ll need to pay your employee the higher of the two wages.

As we mentioned earlier, five states don’t have their own minimum wage laws, in which case the federal minimum wage applies. Those states are:

In 29 states and the District of Columbia, the minimum wage is above the federal requirement. Two states, Georgia and Wyoming, have minimum wages below $7.25 an hour.

To find out what the minimum wage is in your state, the Department of Labor has a complete listing of the laws. We’ve also compiled them in the chart below.

Who must pay minimum wage?

The FLSA – and its minimum wage rules – applies to employees who work at businesses that have gross sales of $500,000 as well as to smaller companies where employees are engaged in interstate commerce or the production of goods for commerce.

Do small businesses have to pay the same wage?

While the federal minimum wage does not vary, as you can see from the chart above, some states have a lower minimum wage for small employers, like Maryland. Each state with a different rate based on size determines what qualifies as a “small employer” using their own criteria, which could be sales or number of employees.

What workers are exempt from minimum wage?

On a federal level, there are certain groups of workers that are exempt from minimum wage requirements such as white collar employees, farm workers on small farms, seasonal recreational employees, and companions for the elderly.

Many states have other exemptions. For example, in Rhode Island, individuals who work between May 1 and October 1 in a resort establishment that regularly serves meals to the public and is only open 6 months a year are exempt.

In addition, you may be able to pay a lower federal minimum wage for other employees. Under the FLSA, these include:

Similarly, many states outline circumstances in which different wages may be paid such as lower rates for minors so it’s important that you check your state’s laws with your department of labor.

What are the penalties for non-compliance?

If you’re covered by the FLSA and not paying the federal minimum wage, the Department of Labor’s Wage and Hour Division may investigate to determine your compliance with the law. If they find a violation, they may recommend changes in your practices or, if the violations are willful, you may face civil penalties of up to $1,000 for each violation.

A state can also take action if you violate its applicable minimum wage law. For example, in New York, if you don’t pay the state minimum wage, the Commissioner of Labor may require you to pay minimum wage underpayments and liquidated damages plus interest and civil penalties up to 200% of unpaid wages.

How to Stay Compliant with State Minimum Wage Rules

As you can see, there’s a lot to consider when it comes to paying your workers properly. And understanding all the differences in rates based on your size, industry, and type of worker can be daunting. For more information on payroll requirements to ensure you get minimum wage and steps right, read our beginner’s guide to payroll.

Editor’s Note: Editor’s Note: This blog was originally published in February 2022 and has been updated in November 2022 for accuracy and comprehensiveness.

Enter your email address to subscribe to this blog and receive notifications of new posts by email.